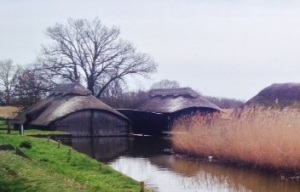 Recently I was prompted to revisit the start of my otherwise completed second novel. I am indebted to Cate Hogan http://bit.ly/1QIYuhd  for her insights into creating interesting characters, which brought about this reassessment. It made me think that the introductory chapters of the novel should be more dynamic. I was reminded of some writerly advice along the lines of, if the story doesn’t get going until chapter three, that’s where you should start. The week before submission, I decided the beginning of the novel needed a complete overhaul.

I considered the following:

All of which begs the question: Does the story start in the right place? Was I happy to tell readers about my heroine, about her working life and the personal issues she was struggling with, or would it make a better story if I dropped her right in the middle of the action and revealed her character through her actions and responses?

When I thought about it like that (and it’s not always obvious when we’re constructing storylines and subplots and building credible characters to inhabit them) there was no contest. I immediately rewrote the first three chapters to accommodate this change of heart and I think I’ve got a far better beginning because of it. It’s more energetic and vigorous than previously, devoid of lengthy, telling descriptions and full of action and interplay between characters that reveals far more than several paragraphs of explanation.

Altering the starting point had a profound effect on this novel, which moved me to change the title, too. It’s also influenced the early chapters of my new WiP. A lightbulb moment that had far-reaching consequences.