I’ve just discovered how to embed a Kindle preview in my social media posts.  It’s a very useful addition to the self-publisher’s promotional arsenal, as, like the ‘Look Inside’ facility already offered by Amazon, it gives our readers a chance to sample our work before buying. This has got me thinking about those all-important first chapters and how they’ll stand up to this scrutiny, divorced, as they are, from the rest of the narrative. Is your work polished enough to withstand such a close up, critical examination?

The same rules are in operation as in the usual submission process, but how many of us who are going it alone actually apply them before hitting the ‘publish’ button?

I’ve read some pretty awful previews – bad punctuation, poor grammar, non-existent editing. You might think these things aren’t important any more, but if you’re hoping to attract a wide readership, with positive reviews, you should aim to tick as many of the boxes as possible. The professional services of editors and proofreaders might be beyond the budget of most self-publishers, but there’s still a lot we can do to help ourselves. We want to produce the best manuscript we can, which means paying attention to all the things mentioned above. Your story has the potential to be a best seller, a real page-turner, so you don’t want to turn prospective readers off before they’ve even started.

And that’s another thing – if you’re guilty of admitting, ‘the story doesn’t really get going until chapter six’, you need to take a long, hard look at the structure of your novel and consider starting it in a different place, such as a point of conflict, or where the action begins. A preview two or three chapters full of meandering, irrelevant material will not reveal your master plan or show off your story-telling skills to their best advantage. Tempt your readers in by laying a trail of tasty breadcrumbs that they can’t resist.

I’m presuming that now you’ve reached the point of publication you’ve already got all your tenses agreeing, points of view sorted, spelling checked, punctuation and grammar perfected. But have one final read of your opening chapters with these questions in mind:

It’s notoriously difficult to read your own work objectively, to look at it with new eyes and spot the problems that a dispassionate reader would notice immediately. But I promise you it will be a worthwhile exercise and result in a more engaging opening if you give those initial chapters a little more attention. 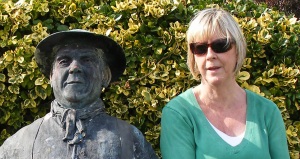 Writing realistic dialogue is tricky. It’s a skill that  comes naturally to those lucky people who have an ear for convincing dialogue and can produce it effortlessly, but most of us have to practice, listen, then practice some more. This is a common problem for new writers (and some more experienced ones, too) who want to produce natural and lifelike exchanges between characters without sounding clunky, over-dramatic or plain wooden. I’ve talked about this before but some things bear repetition, so a revisit might be useful. END_OF_DOCUMENT_TOKEN_TO_BE_REPLACED 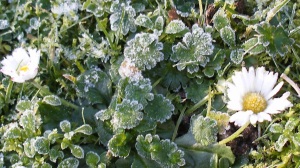 There’s no doubt about it, the current trend for verbification – using nouns as verbs – can have a profound effect on our writing. We have social media to thank for some of this – the requirement to express complex ideas in 140 characters was bound to have a minimising effect – though verbification has been around a lot longer than Facebook and Twitter. The knock-on effect is that our use of language has changed subtly to accommodate this phenomenon. We parent, we text, we friend. We used to set a trend, now we are trending. Our writing group used to offer criticism, now we critique. Once, I wrote pieces for this blog. Now I simply blog. The noun has become the verb.

Worryingly, hunting for antiques has become antiquing, in the USA at least. I’m happy to report that we haven’t succumbed to this practice yet in the UK. END_OF_DOCUMENT_TOKEN_TO_BE_REPLACED

We’ve been doing a lot of work on what makes a satisfying short story at the writing group, and here’s an easily digested summary of what we’ve discussed.

A memorable short story will say something about the human condition, encapsulating one idea succinctly, with each scene building towards a crisis point, followed by a point of realisation or moment of clarity. The issue you address at the start of the story should be the issue that is resolved at the end.

A good short story starts in the middle of the action and as close to the climax as possible. At the end of the story, the main character should be in a better place than at the beginning, enabling them to move forward.

Once you’ve chosen an idea, remember these basic steps: END_OF_DOCUMENT_TOKEN_TO_BE_REPLACED

Like most things in life, the more you write, the better you get. You discover your personal writing style, your voice. As you progress you hit some tricky issues. Should you always consign adverbs to the recycle bin or can you use them sparingly? What about clichés? You want to improve, so you check it out, see what the current thinking is. Then you find there’s actually a bigger problem. As if writing wasn’t difficult enough for the novice, the huge amount of conflicting information available doesn’t always make things any easier. Like the bible, writing advice reveals lots of contradictions. Take these examples: END_OF_DOCUMENT_TOKEN_TO_BE_REPLACED

First of all I must apologise for not getting around to everyone’s blogs this week. It’s been a bit manic, here, what with friends staying, with children to entertain and all the extra cooking etc that this entails. Not an excuse, I know, but we’ve also had the Olympics to watch. I was rather cynical to start with, not being an especially sporty person, but I’ve been won over by the sheer excitement and exuberance of it all. And Team GB has done us proud with a great collection of medals. We’ve been glued to the TV in this house, even delaying going out to a party last night so we could watch Jess Ennis get her gold in the heptathlon. Sorry, I’m gushing now.

But it does lead me on to my subject – feelings and emotions. Touchy-feely writing isn’t the sole preserve of romantic fiction; it should figure in all our writing, whatever the genre. In short, if we want to produce well-rounded narrative description, we shouldn’t neglect our feminine side.

END_OF_DOCUMENT_TOKEN_TO_BE_REPLACED

When I first started to write a novel, I thought I knew what I was doing. After all, I figured, I’d read lots of them. What could possibly go wrong?

Just in case there was something I might have missed, I enrolled on a 5-day residential novel-writing course. I won’t mention the name of the organisation. Suffice it to say it is very highly regarded in the field of literary endeavours. Maybe I just hit a bad week, but it was a pretty expensive waste of time and I won’t dwell on it, except to say that I’ve since heard an interview with one of the tutors where she actually admitted how bad she’d been that week. (I think she only did it once; she wasn’t temperamentally suited to the concept of coaching at all.)

END_OF_DOCUMENT_TOKEN_TO_BE_REPLACED

Non-verbal communication is usually understood to mean the process of creating or representing meaning by sending and receiving wordless, usually visual messages. These can include facial expressions, gestures, body language and eye contact. But how, I hear you ask, can this possibly help the writer? We need to examine the concept in a little more detail.

Previous posts have discussed the art of showing, not telling. Non-verbal communication falls firmly into the ‘showing’ category. Our characters don’t have to say anything to convey how they are feeling. The postures they adopt, their facial expressions and unconscious actions or tics will all reflect their moods and tell the reader more about the characters’ thoughts and feelings than long paragraphs of description, speech tags and adverbs.

END_OF_DOCUMENT_TOKEN_TO_BE_REPLACED

How to Keep a Secret